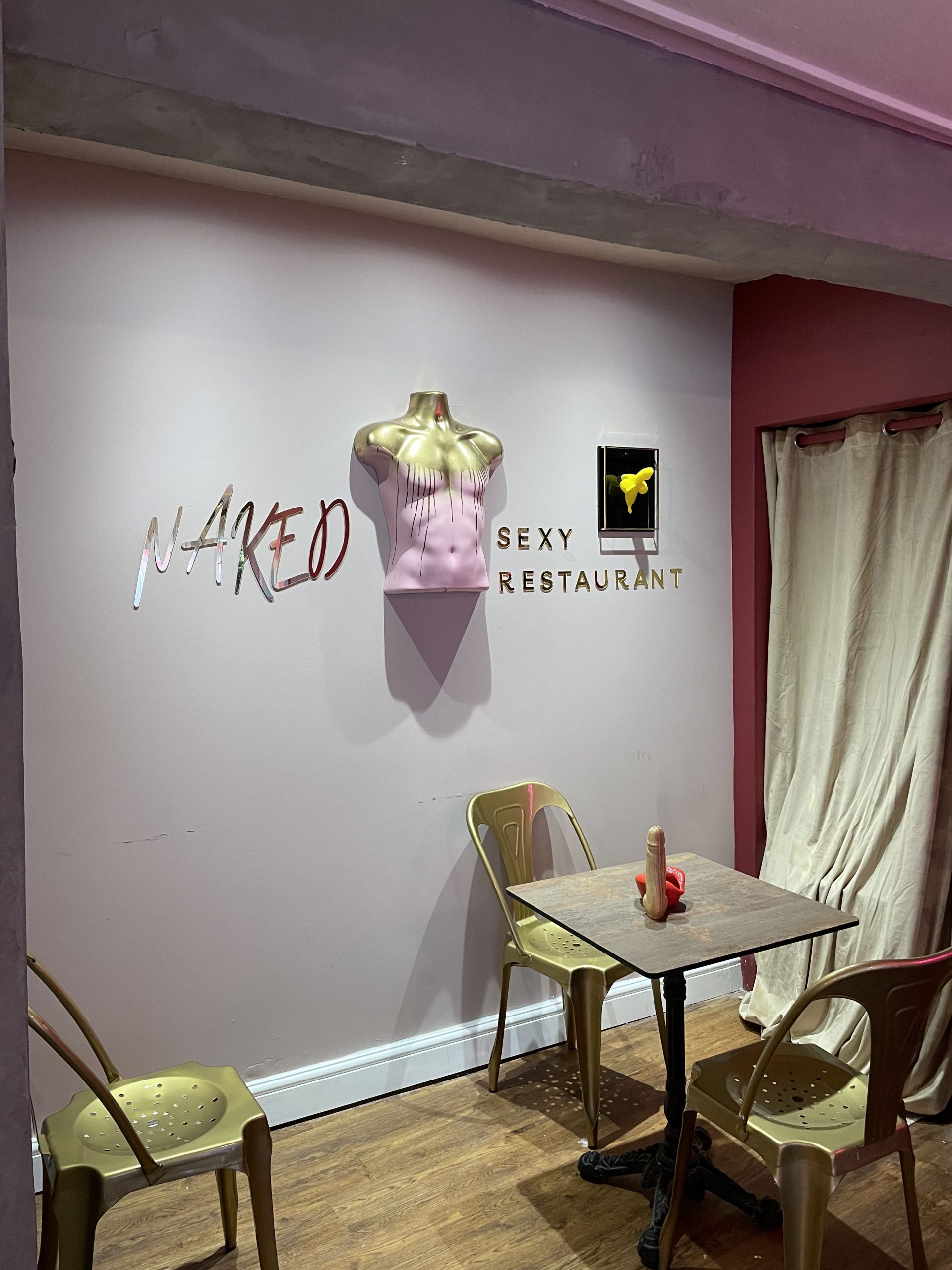 If a wild idea doesn’t work in London, I don’t know where it could work. Last week, I visited one of the newest and wildest restaurants in London. Naked Soho is the London’s first sex-themed restaurant in the City. Within a couple of days of its opening, Naked Soho is already getting loads of tractions. With videos of people’s visits going viral, it seems like everyone wants a piece of it! But is this place really worth the hype? 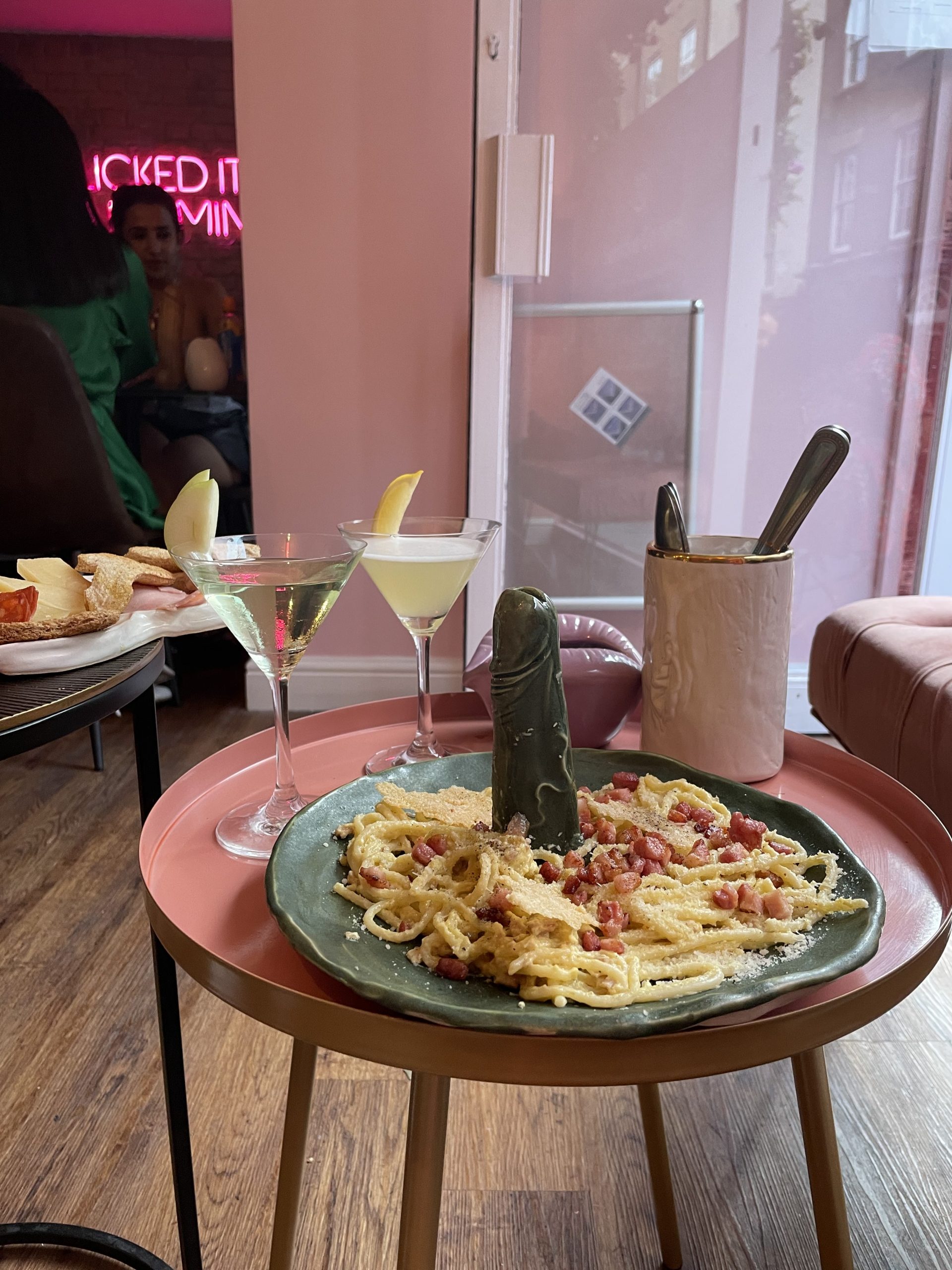 After months of struggle with the local censorship laws and getting the PG 18 concept approved, this new family-owned restaurant has finally opened its door in Soho, London’s centre for LGBTQ+ scene. Naked Soho was founded “to celebrate the body, sexuality and freedom”, of which I am strongly in favour. So when the London’s first sex-themed restaurant opened, I was as keen as anyone else to see how it brought its vision and message across. You bet, I was surprised.

As you can expect, the whole place is decorated with objects related to the theme – said objects hanging off the walls and erected proudly on the counter. Whilst I am no stranger to being adventurous with food and having tried a few phallus-shaped waffles in my time, I found this to be rather overwhelming. I did think that for such a strong theme, the decoration and the branding (the font!) would at least be a bit classier, to balance out the obscenity. However, the place felt cheap. It looked more like a takeaway shop than a restaurants that serves fine wine. 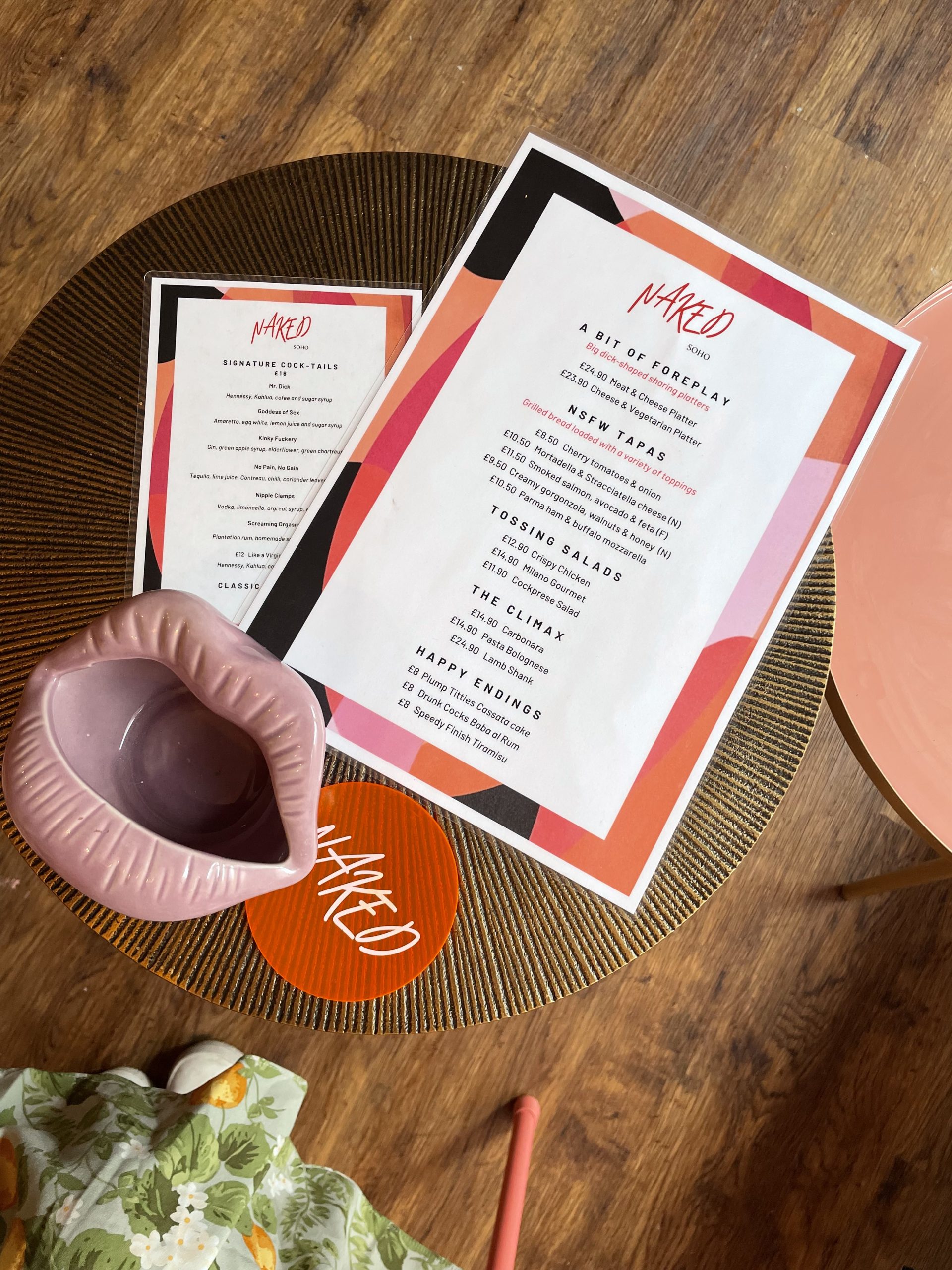 The menu was Italian and was a one-pager. I love that it wasn’t overwhelming in choices, which usually gives the impression that the restaurant is specialised and good at what they do. I find big menus quite confusing and the quality usually is compromised by the quantity of dishes offered, so I was relieved that this didn’t seem to be the case at Naked Soho.

At the top of the menu, you get cheese and charcuterie boards to share. Then some tapas style starters, the heavier mains (aka “The Climax”, as they are referred to here),then the desserts. We got the cheese and charcuterie board, a salad, the lamb and carbonara to share. The food all came in genital-shaped plates, with the charcuterie board cut in the shape of a penis, and the salad and lamb served on these beautifully handmade vulva dishes by the ceramic artist, Gashtrays. Turns out she is also the artist responsible for most of the artwork at the venue.

The food and drinks

The carbonara came with a show. Served on a forest green dish with an enormous erection in the middle, the waiter placed it carefully on our small table and commenced squeezing olive oil on the tip of said erection. I thought there was a hole in the middle so that the olive oil would distribute evenly onto the plate. Turns out there is no such hole and it was purely for entertainment. And so we ate.

Our favourite dish was the lamb. The meat was super tender and the portion was generous. The carbonara, while tasty, was nothing special. A little dry despite the extra olive oil that was seductively dripped onto the dish. The only “special” touch to both the charcuterie board and the salad was the shape of the toasted bread, otherwise, pretty standard, not particularly bad but not particularly great either. I could be wrong, but the guacamole on the board, though, tasted like some supermarket dip, rather than one that was freshly made in-house. 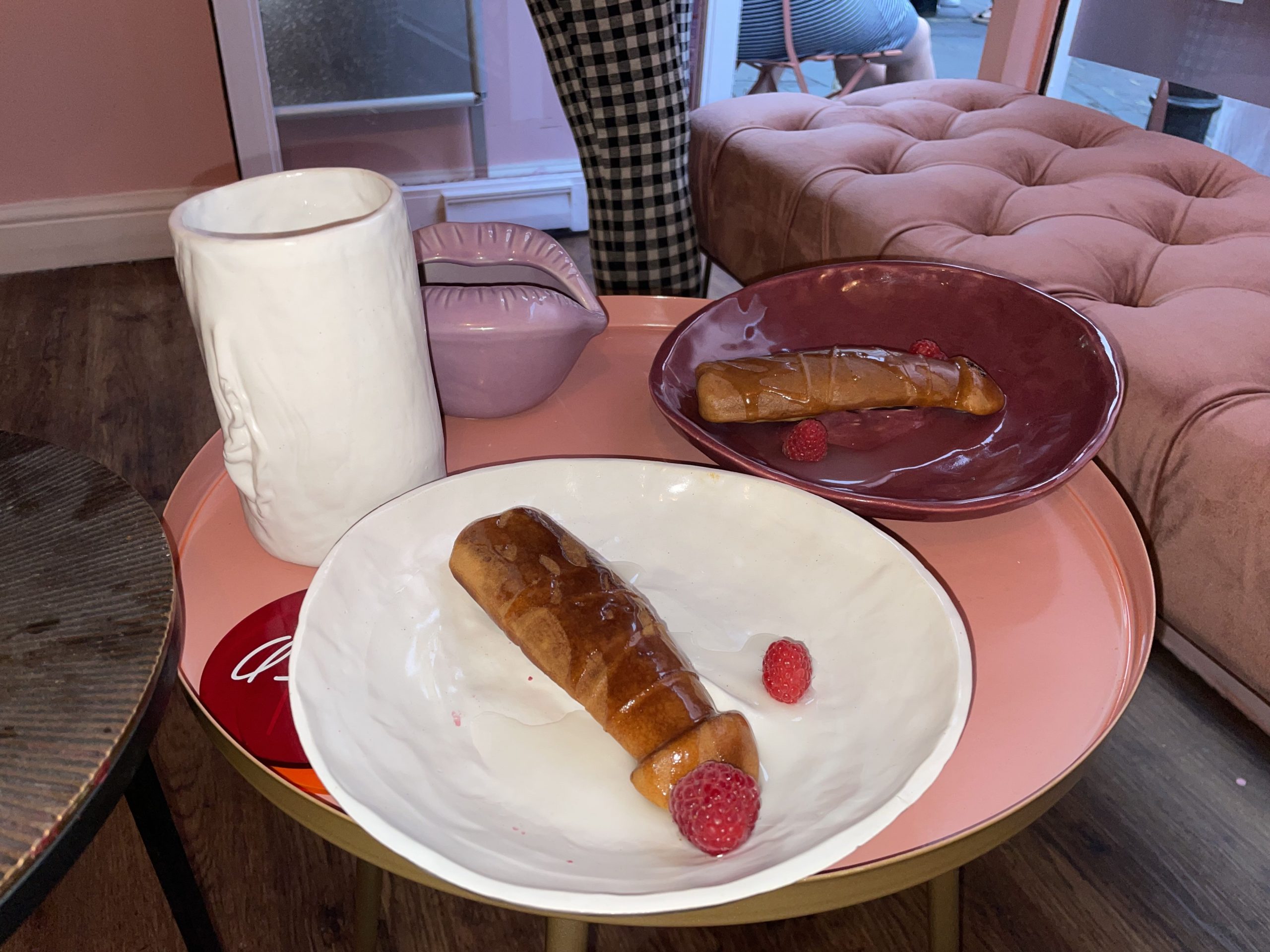 The waiters were nice and welcoming despite being more disorganised and clueless than I had expected. An example is that, we had asked for some tap water and it took us repeating it three times to finally get two glasses of water, one with something in it.  The restaurant was so full but not packed, and this could be because it just opened and the waiters were still navigating their way through their job. Having said that, they were cheerful and offered the whole experience (tried to feed me the dick waffle but I politely declined). Another thing to note was that there was no takeaway boxes available when I had asked to pack up the leftovers. While I did not care too much about taking the food home, I did think it unusual for a restaurant to not have any takeaway containers. Again, this could be because it’s newly open.

The concept was refreshing but I feel like the branding was a bit tacky to do it justice. The food and the service were both fine though not remarkable. I was more eager to be done with the meal than to stay for another drink. Having said that, most people there (90% female) were much more excited to be there than I was, taking hundreds of photos posing with the wall arts, table pieces and everything in sight that is in the shape of a male genitals.

Like it says on the website, Naked Soho could be the place for the ladies and gentlemen to “wild it out at your hen party or stag”. It is definitely a place you’d go to for the vibes rather than the culinary experience.

Have you tried Naked Soho? Let me know what you think in the comments below!